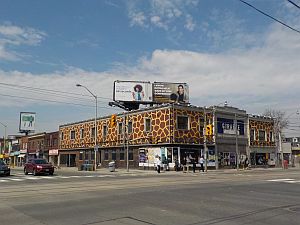 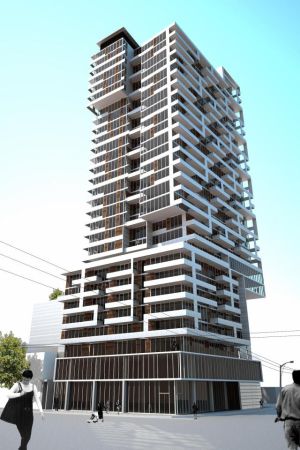 Originally proposed as a 27-storey condo tower on the northwest corner of Dundas and Bloor streets just next to Dundas West Subway Station, Giraffe Condos received pushback from the community and Ward Councillor Gord Perks, leading City Council to reject the application due to height concerns. The developer was unable to win an appeal at the OMB.

Since the rejection of the Giraffe Condos proposal, a number of changes have come to the area. Most notably, Metrolinx has begun running Union Pearson Express service on the rail corridor adjacent to this site wit a stop at an expanded Bloor GO station, Choice Properties REIT has proposed a massive, master-planned development on the southeast corner at the same intersection, and Toronto planning practices have also evolved over the intervening decade.