You are on the [cover page] of folder [Ostrom Workbook] 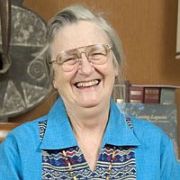 In 2009, Elinor Ostrom received the Nobel Prize in Economics for her work on the governance of "common pool resources" -- water, grazing lands, trees, fish, cyberspace. Her book Governing the Commons has prompted us to try applying her list of principles to eight specific park issues in Toronto. This application is being documented in an Ostrom Workbook, now in preparation. The question to be addressed in our workbook is: if park users (including on-site staff) collaborate day-to-day with municipal management in shaping local parks, can park governance in Toronto improve?

On November 1, 2010, seven CELOS workers drove to Bloomington Indiana to meet with Professor Elinor Ostrom and her staff. They were very hospitable and we came away with lots more to think about.

From a commemorative blog about the Nobel Prize ceremony in December 2009:

Nobel Prize laureates Elinor Ostrom and Oliver Williamson took their message to the prestigious Stockholm School of Economics today, urging a seminar audience of more than 200 faculty members and students to take seriously the study of complex institutions and systems of governance....Asked by moderator Tore Ellingsen, a faculty member at the school and a member of the the Nobel Economics committee, if the presentations she has given to the World Bank and similar institutions havent gotten through, Ostrom smiled. I must declare myself a failure, she said.