You are on the [cover page] of folder [Neighbourhoods]

CELOS on the road

On The Road is a section for recording short accounts of interesting people we meet when we respond to invitations, and links to their work. Read more>>

Power Blackouts:
The coldest-day-of-winter blackout in downtown Toronto (January 15-16, 2008) got us thinking about blackouts, and what happens in neighbourhoods during an emergency. In emergencies, mutual help among neighbours suddenly becomes more important than in the day-to-day. So we've started a folder on the subject.

Transportation:
How do people get around in the city? Bikes and trains are two issues that have had lively discussion on neighbourhood e-mail lists, archived here.

After years of accumulation of data on parks and public spaces, CELOS has embarked on a program to establish key parts of this data in a format that is as readily accessible to the public as possible: this is the Regulatory Research Database [now the public commons database]. The database sets the stage for collaboration with others. It's a shared resource.

Old Photos From Various Parts Of The Neighbourhood. 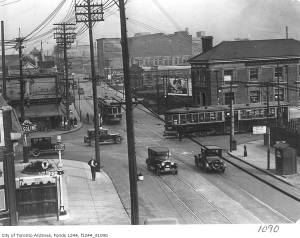 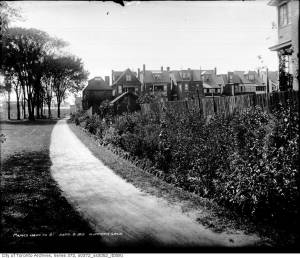 CELOS has in its background relations with many communities.

The ground we stand on most of the time is Dufferin Grove Park. A monthly newsletter was published from 2000 until 2015, and then 3-4 times a year until 2019. Every issue had seven pages of events and editorials about this fourteen-acre downtown park and its immediate neighbourhood. The meandering tale of urban public space is can be found in the newsletter archives back to the year 2000. Photos