This playground is at the moment just an empty patch of sand at the very edge of a park dominated by an open baseball field. The sand has recent tractor tires in it. Right next to the playground area is a primary school, not separated by a fence. Further back in the schoolyard, a very large new playground set is also just being installed.

The playground and the sports filed are separated by some very fine evergreens. 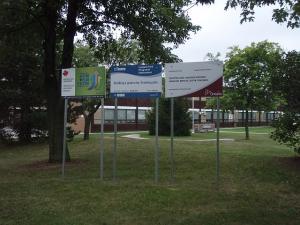 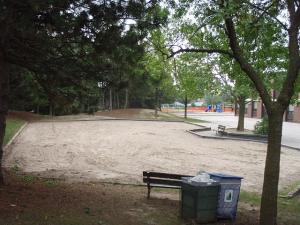 empty playground, right next to school 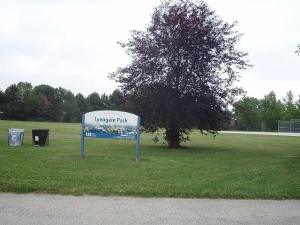 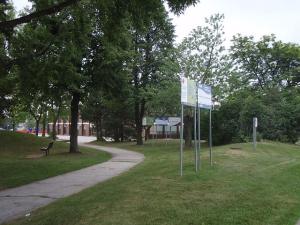 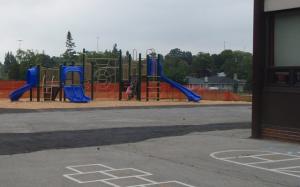 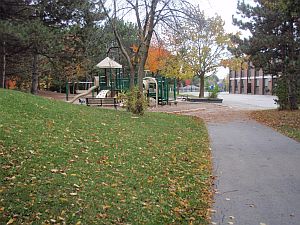 new park playground on the left, primary school on the right 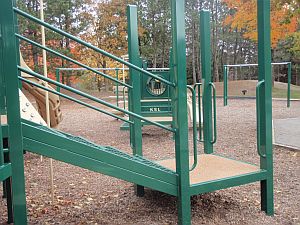 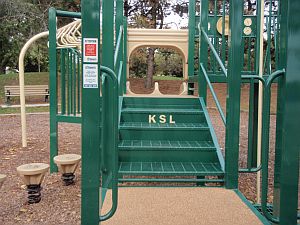 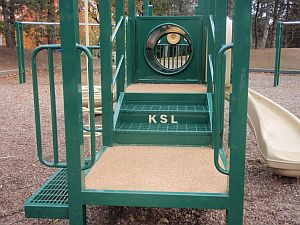 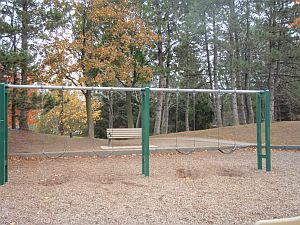 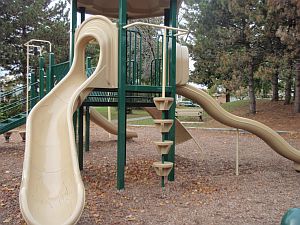 A stone's throw from the new park playground built by KSL is a newish school playground built by Henderson. The playgrounds are virtually identical. Both playground company owners used to work together at Paris Playgrounds; both have been on the CSA playground committee from the beginning, establishing and revising the standards. Both have received numerous playground contracts. The colour scheme is the same -- beige and dark green presumably supposed to fit in with forests and 'natural elements.' But the Henderson slides are blue -- 'sky'? 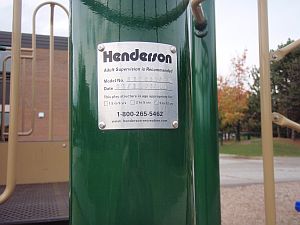 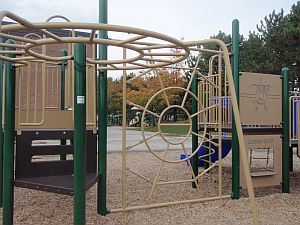 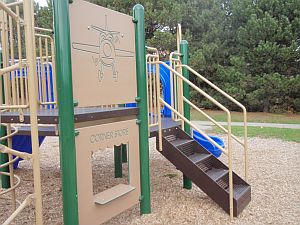 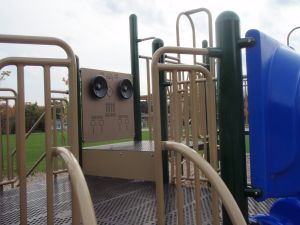