On a sunny August day, the playground, famous for its lion slide, was filled with kids. The wading pool is integrated with the rest of the playground, and there's a good-sized change area with clean washrooms. The airport ferry has its dock right beside the large lion-slide, so there's plenty of action for kids to watch.

This playground was designed by an architecture firm (twenty years ago?) and some of those features are either broken or gone. (Some pieces were removed during the CSA Program purge in 2000.) The maze is unused and there's a mystery structure that looks a bit like metal palm trees, broken for years. There was a little amphitheatre with a storytellers' chair. The chair rotted and was removed several years ago. But despite the poor repair, the playground continues to be popular. It is fairly well shaded. 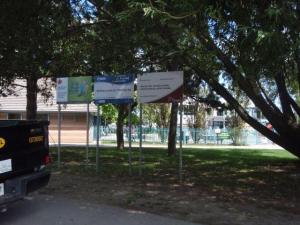 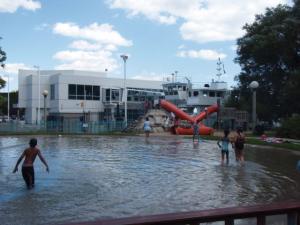 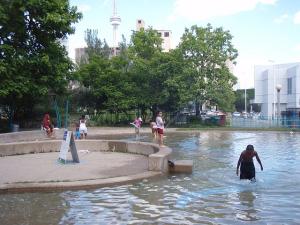 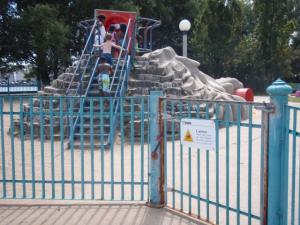 kids line up to go down the lion slide 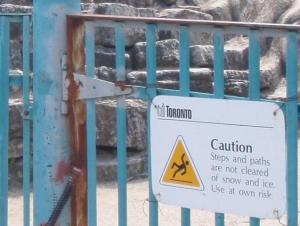 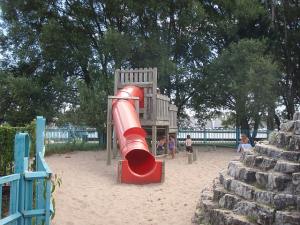 second tube slide with playfort underneath 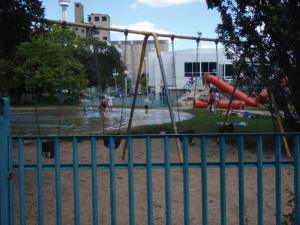 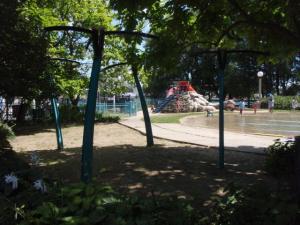 Little Norway Playground update. The votes are in!

At a working group meeting with representatives of the Harbourfront Community Centre, St. Stephens Daycare, Bathurst Quay Neighbourhood Association, neighbourhood residents, Parks staff and Councillor Vaughan, it was decided that neighbourhood kids should have the final say on what type of playground equipment is installed at the south end of Little Norway Park. Students from the Waterfront School and the St. Stephens daycare have cast their ballots for the new playground structure that they would like to see in Little Norway Park. They have voted for a climbing structure (similar to the new playground at Trinity Bellwoods Park) for the senior playground geared for kids 5-12, and a more traditional slide-based playground for the kids aged 2-5. Under the plans for the park, the old metal labyrinth will be removed to make space for the junior playground. The giant story-tellers chair that was once in the playground will be rebuilt from the original plans for the park from the 1980s. The senior playground will be installed next to the giant lion sculpture.

Construction will start on the playground this spring.

The contractor will be starting construction at Little Norway Park after the Labour Day weekend. They will begin demolition of the labyrinth and old play equipment. The work is scheduled to be complete by the middle of November. 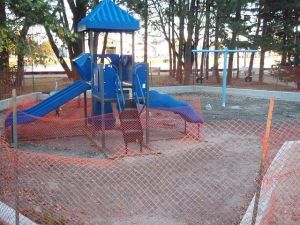 junior climber, prep for wood fibre to be added 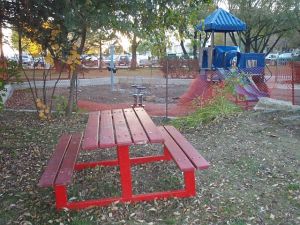 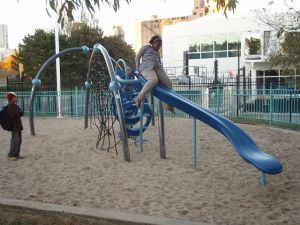 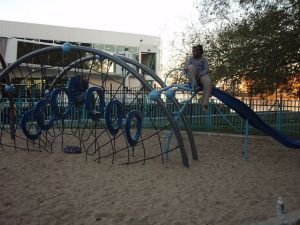 new climber, with Porter airport entry in the background 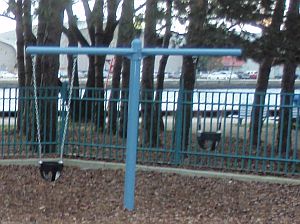 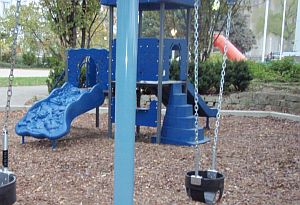 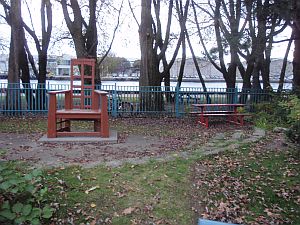 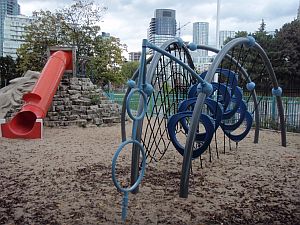