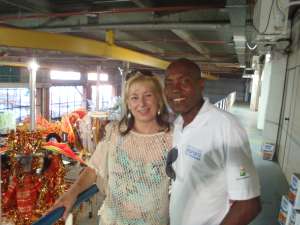 Kristen and Avelino at Cidade do Samba

Avelino Ribeiro and a Visit to Cidade do Samba

Avelino Ribeiro is a Publicist in his day job, but like many people in Rio de Janeiro he also has a second life in one of the Escolas do Samba. A brilliant dancer, in 2001 he won first place in the Estandarte de Ouro for Grande Rio, the most coveted prize of all the dancers.

Avelino takes us for a visit to see the Cidade do Samba (Samba City), the place where for eight months of the year, armies of people build the huge floats and costumes that elaborate the themes for each of the samba schools. Samba has its roots in the drumming and chanting of the African peoples, so it is fitting that Cidade do Samba is located in the Gamboa district, the location of the slave trade markets in it's latter years. 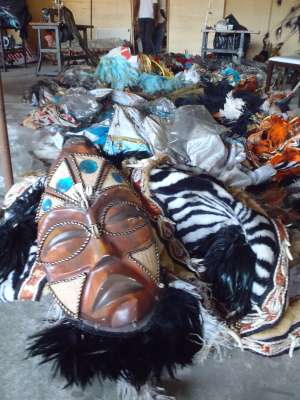 Costumes salvaged from the fire at Grande Rio

With weeks to go before the parade this year, tragedy struck the Grande Rio School. A fire that started in a coffee machine at one end of a huge warehouse travelled in the empty spaces between the floors. When it got to the end where the Grande Rio workshops and offices were, it had no place to go and the entire year's work went up in flames. But the biggest loss was of the archives, 40 years of photos and memorabilia that told the history of the creativity of the school. With a huge effort new floats were created in the remaining weeks and Grande Rio (as well as the two other schools affected by the fire) took part in the parade in the Sambadrome, but they could not be part of the competition.

Avelino showed us around the space that Grande Rio has moved into and then we went for a tour of the huge complex where only the top schools have places allotted to them. Samba has come a long way in recent years. It is hard to imagine that it was once outlawed. Now it has become such a huge money generator that the schools hold a lot of power and can even charge people for places in the performance. The most glamourous role is 'Rainha da Bateria' (Queen of the Drummers) and starlets will pay $400,000.00 R for this opportunity that brings months of pre-carnival TV exposure. The only school that reserves this role for a someone from the community is Beja Flor. Interesting that this school wins first place almost every year! 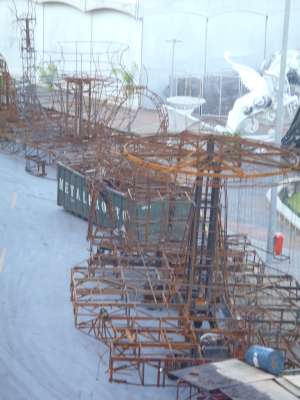 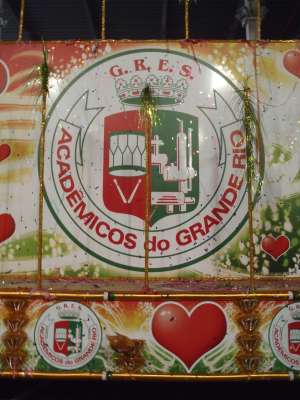