Over years, the staff at Dufferin Grove Park asked their management if the park could be designated as an area for experiment and trying things, including learning through mistakes. The answer was always no. But in retrospect, for fifteen years thats exactly what happened anyway.

When we first got started, we put names up on a frieze along the rink clubhouse walls, adding names as more and more people contributed their work or their ideas. After a few years we ran out of room. We could have started a second row, and even a third one, but it began to seem like boasting, both for the people whose names were on the frieze and for the park: see how popular we are! So we stopped.

2005 parks friends' dinner in the clubhouse

A picture gallery of work 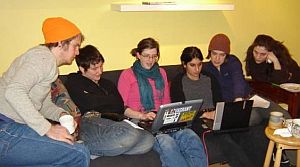 -- updated in February 2010, the list was originally submitted May 2006, in a report requested by the director of Recreation.

The programs developed in uneven but continuous steps, with the park kids taking the most active role at the outset (see CELOS slide shows). Other unexpected influences were from a progression of homeless park users acting as park guardians, and even from basketball/jailbird guys who worked to keep fights (and weapons) out of our park. 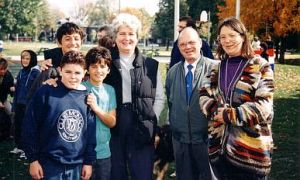 Mayor Hall at the oven opening 1995 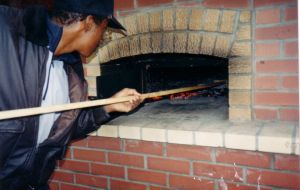 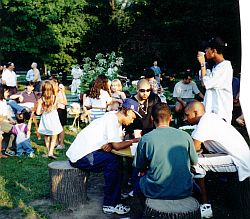 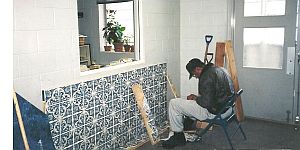 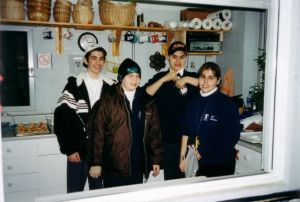 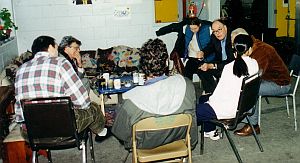 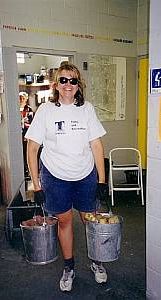 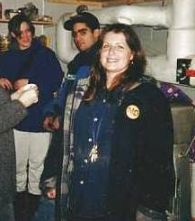 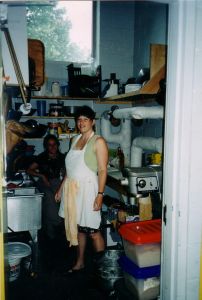 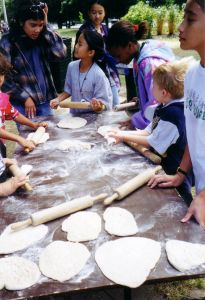 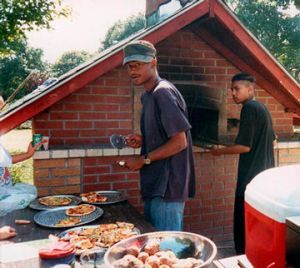 basketball guys working at the oven, 1999 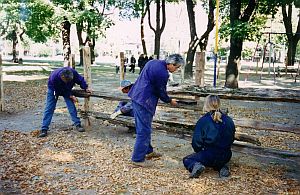 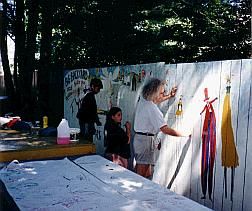 Everyone knows of some community group which subdivided into five or six committees with great ideas, then dwindled to a few people with far more on their task list than they had time for -- and finally the group disappeared. There are not enough volunteers motivated to do all that unpaid work for the benefit of others.

And why should there be? In the case of public spaces, we have a tax-supported civil service. We pool our money to pay municipal staff to make parks work well, among other things. So from the very beginning, it seemed best to work hand in hand with park staff at Dufferin Grove, and to encourage good people to apply for those part-time park jobs.

To read more: links below. 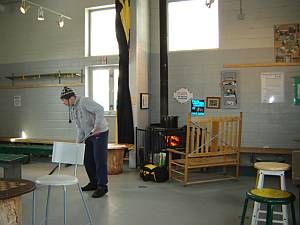 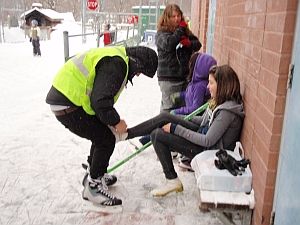 staff can help kids get their skates on right 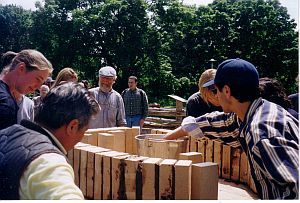 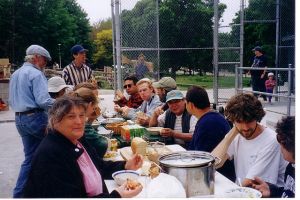 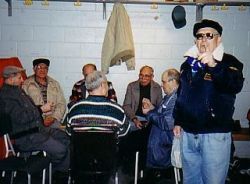 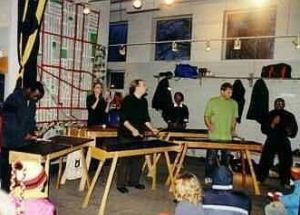 marimba night at the rink house, 2001 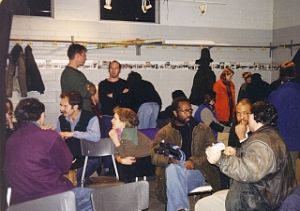