You are on the [Sociable Spaces] page of folder [Practical Research]

The picnic tables and benches, planters and trellises, and shade umbrellas are now in place. This was a project brokered by CELOS, and wholly funded by the GH Wood Foundation. The builder was Mike Conway, who is an artist as well as a carpenter (and it shows!). Park friend Pete Gaffney generously made his carpentry shop available to Mike. A special Saturday Night Dinner on June 20 inaugurated the new space, named Dans Table #2, in honour of Dan DeMatteis, one of the first cooks for Friday Night Supper (it began in 2003).

When we heard from the GH Wood Foundation that they wanted to fund this, James was busy with other projects, so he couldn't build the sitting area for us. But he shared his plans: 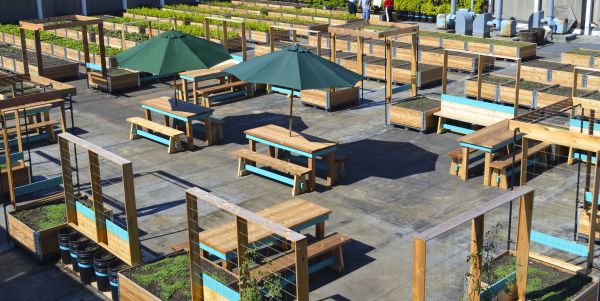 The Foodshare rooftop garden image we got from James Davis 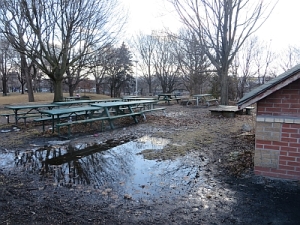 this was the place that needed a sitting area 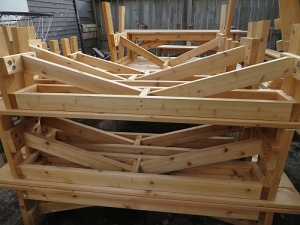 Mike built them in a back yard in April/May 2015 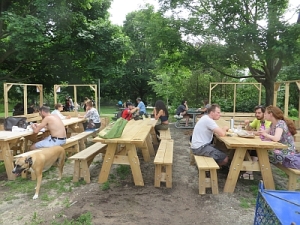 people sat down right away 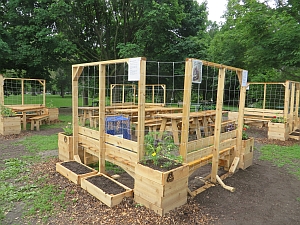 the trellises and the planters form the boundary 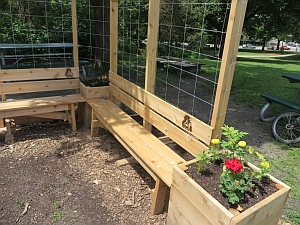 one corner is just for sitting 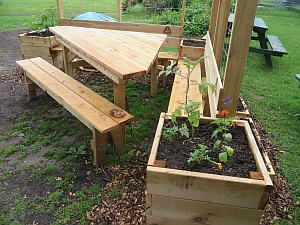 the other three have triangle tables 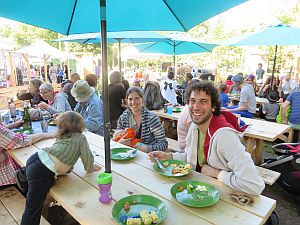 blue shade umbrellas from Rona's, $40 each 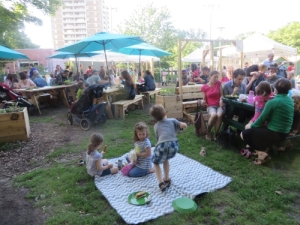 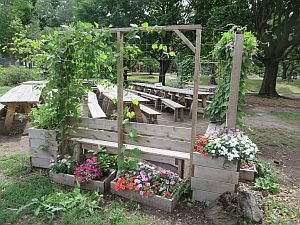 the wood has faded to silvery gray 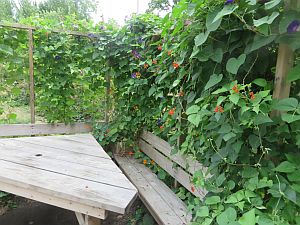 Dan's Table is now the park's main social area, even when the bake oven is not on.