This playground was still being sodded, by the M and M Landscaping Company from Cambridge, Ontario. The fence was still up and it looked as though the wood shavings had just been added.

This is a Playpower playground, marked as coming off their line on January 7, 2010. It is accessible for children with mobility problems (walkways, wood fibre, disabled swing) and children who are blind (Braille). There are only three swings (one of each kind), and although the equipment claims to be for 5-12 year-olds, it's hard to imagine any children that old using it.

The neighbourhood has major hydro lines running through it, about a block away. It's surrounded by major traffic arteries on three sides, but they're out of sight from the park. About half the dwellings are one-story houses with well-kept yards. There are three big high-rises at the end of the street, with a playground of their own, as well as a four-hoop basketball court. In between the new playground and the high-rises, there's a large city-run daycare that looks like a social-service agency. 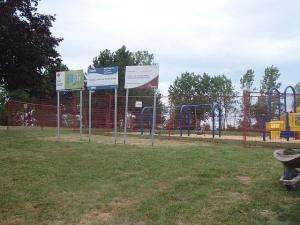 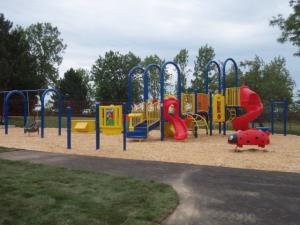 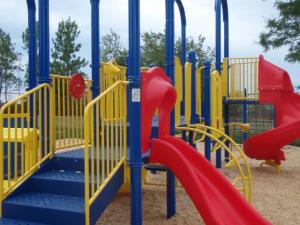 marked for ages 5-12 but pretty simple 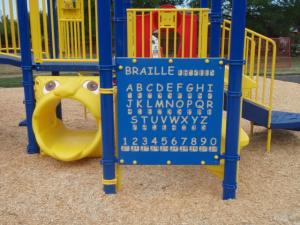 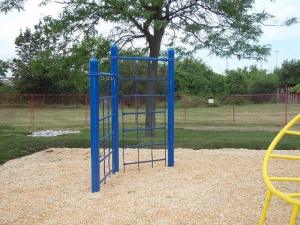 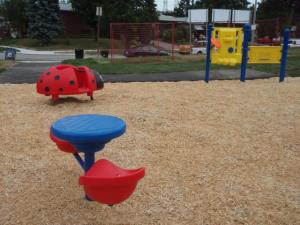 a spring toy and a checkers table 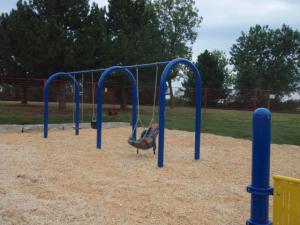 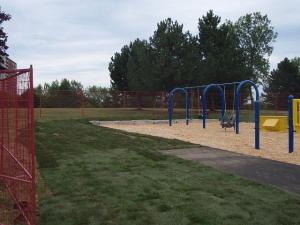 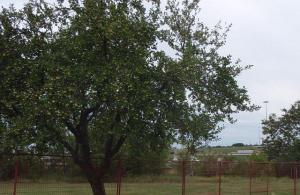 a large apple tree beside the playground 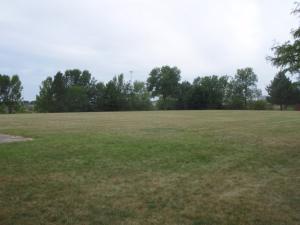 the park is mainly a big hill, with major roads on three sides 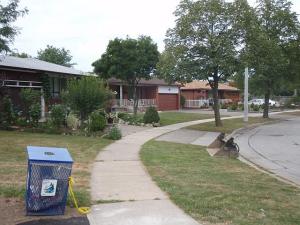 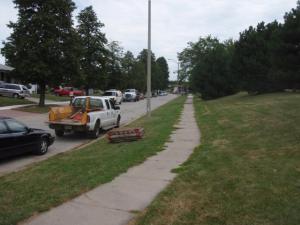 one-story houses to the end of the street 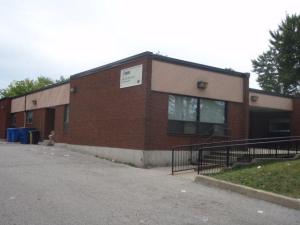 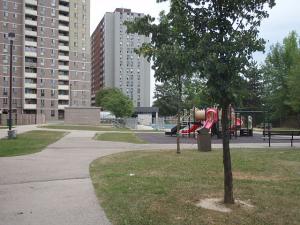 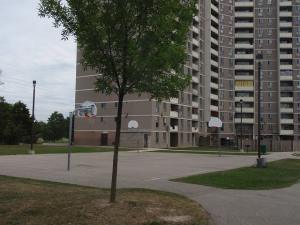