August 10, 2010: This playground is not far from Pelmo Playground, at the tip of a dead-end street, backing onto mostly two-story houses, and some low industrial storage buildings. There is some tree planting, relieving the otherwise dreary park landscape. The play equipment, such as it is, is very poorly maintained (rusty) but solid. This is one of the only city playgrounds that seems to have had no sand added. It also has a Paris Playgrounds climber in it, a good old 1960s antique that is now seen only in forgotten, out-of-the-way parks.

It's hard to know where the kids would come from, who will play here, since the park is so small, plain, and out of the way. On a hot, hazy August afternoon, no park users were in sight. 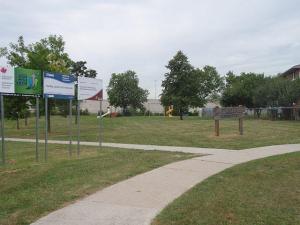 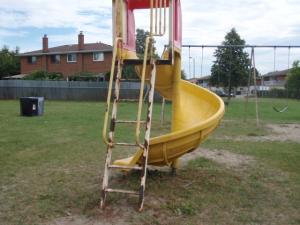 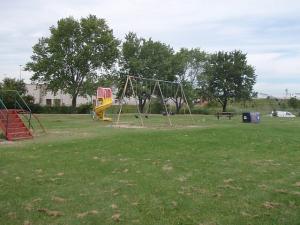 swings, no sand underneath 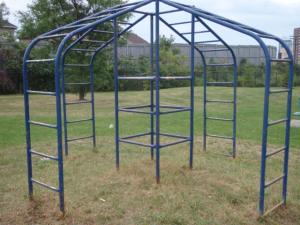 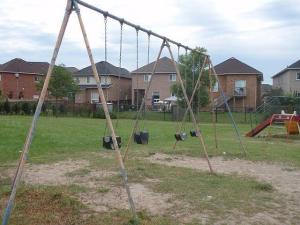 small toddler climber in the background 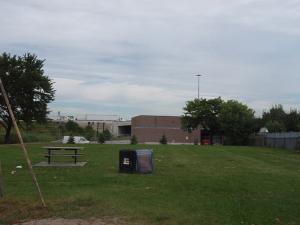 one picnic table, warehouse in the background 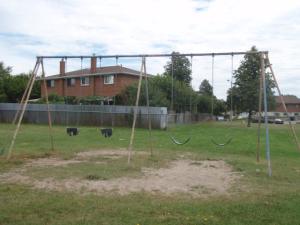 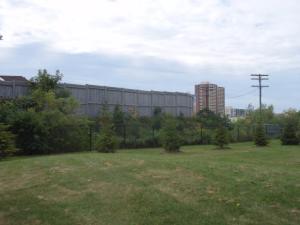 High fence to cut off the houses 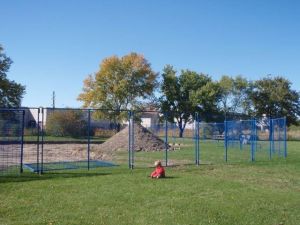 All the equipment has been removed, the hole is ready

On a warm, sunny Saturday afternoon, other than the photographer's grand-daughter, there is no one in this little square of grass. She wanted to go to a playground. But she finds some dandelions to play with, so all is not lost.

All the new equipment is in. No one in the playground. Many signs listing rules, though. 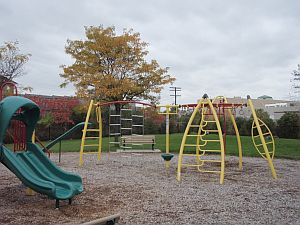 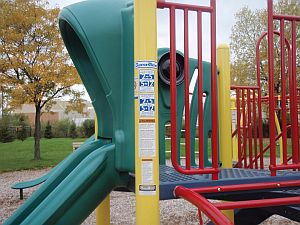 GameTime equipment has many stickers attached altogether. This is one row:

GameTime
This play equipment is designed for children age 2 to 5 or 5 to 12. Adult supervision is recommended.

Then the same text in Spanish (no French). Then:

Avoid hard surfacing. Installation over a hard surface such as concrete, asphalt, or packed earth may result in serious injury or death from falls.

Then the same text in Spanish 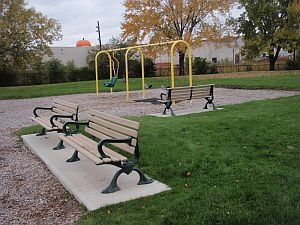 benches in a straight line or facing away from each other 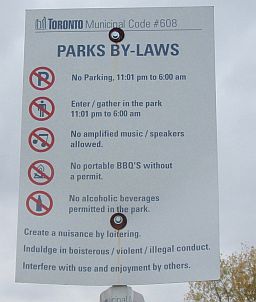