August 15, 2010: The park is a little piece of forest near railway tracks, a high-voltage power corridor, north of Eglinton between Kennedy and Midland Avenues. The neighbourhood is mainly one-story 1960s-era houses. The park backs onto houses but is so close to thick woods that when it is deserted -- as it was on a sunny August Sunday -- it can be a bit frightening for a visitor.

No washrooms, nor water. But there is shade, and the paths into the woods look like they may be fertile roads to children's imagination.

The original belt-swing frame is there but the number of swings have been reduced from six to four. The chains are still long enough that swinging could be fun. One of the original Metal Paris Playgrounds climbers is still in the playground, plus a newer Blue Imp slide that's common in Scarborough. 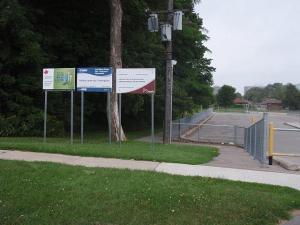 path into the park, with generic Stimulus Funds signs 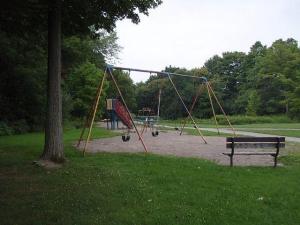 one bench, to sit and watch 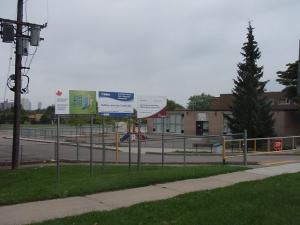 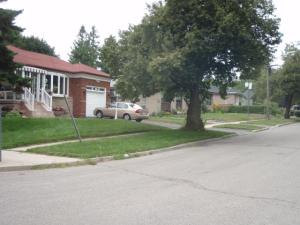 quiet street across from the park 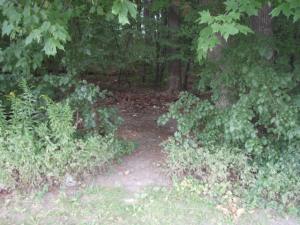 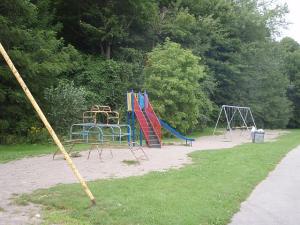 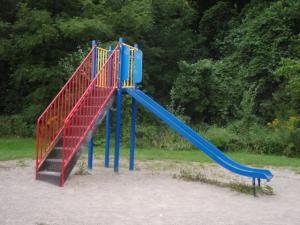 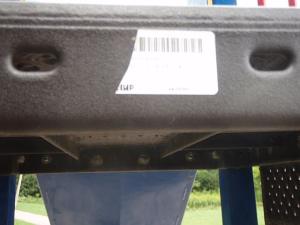 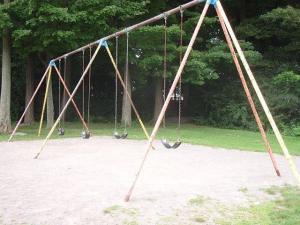 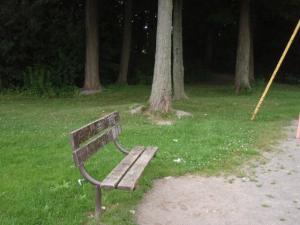 the mysterious dark forest right next to the old bench 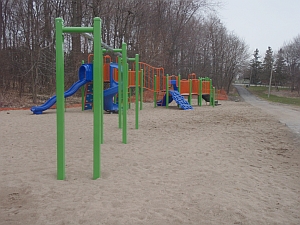 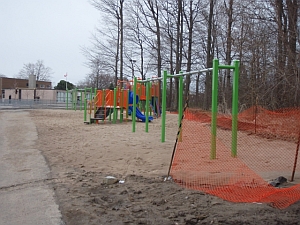 swings not up yet, no benches except for the single old one 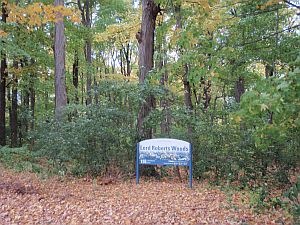 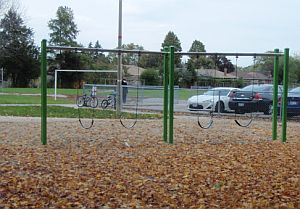 swings are still there, but shorter 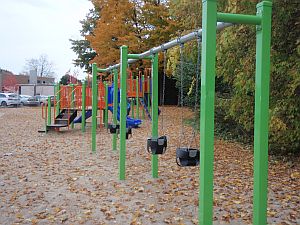 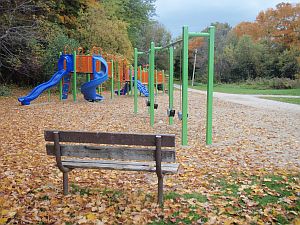