Lessard Park is a small neighbourhood park on the ridge above the Humber River. It's surrounded by expensive houses, and on a sunny August afternoon, most of the caregivers at the playground were Filipino nannies.

The playground, from Bryan Belair's KSL Company in Brantford, is accessible for wheelchairs (wood chip base and disabled swing, accessible lower play areas).

Aside from new benches at the playground, there are no other benches in the park. There's one brick storage building covered with graffiti, but no washroom. One picnic table, in need of paint.

One of the mothers at the playground said the previous structure was wooden and that it was not in good repair: "there were loose screws." She said there were some meetings but she had not been able to attend. An article by Lisa Rainford in the Villager newspaper said there was a meeting in May, attended by about 20 people. Rainford quotes City Councillor Bill Saundercook saying that the former wooden structure was "archaic by today's CSA standards." 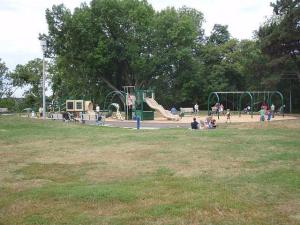 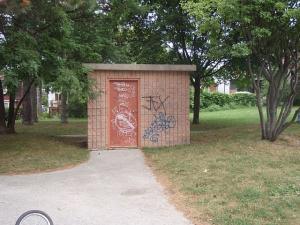 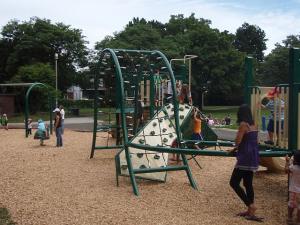 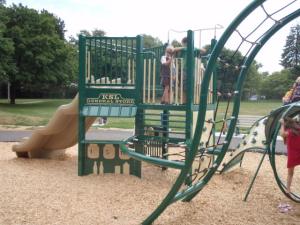 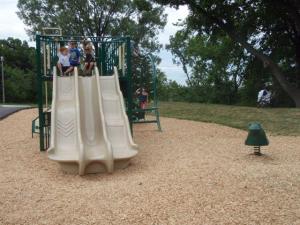 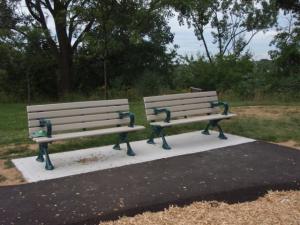 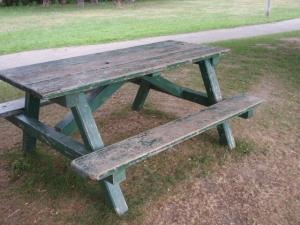 the only picnic table -- needs paint 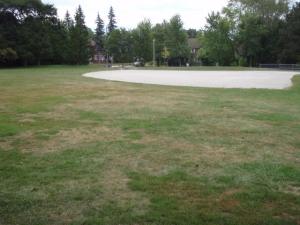 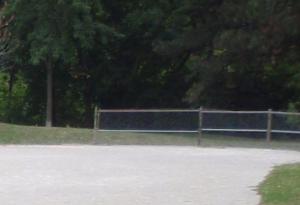