This is the only playground in this list that was funded through a different Stimulus program. The funds were requested by the capital projects manager even though it was not on the playground "enhancement" list for either 2010 or 2011. Only $66,000 of that comes from the Federal government -- the remaining $34,000 comes from the City.

The playground has deep sand and is not wheelchair-accessible.

The Thorncliffe Park Women's Committee has raised serious questions about this project. 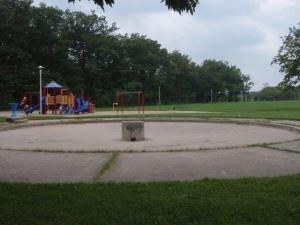 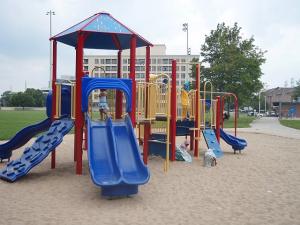 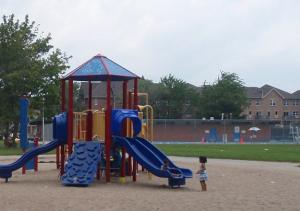 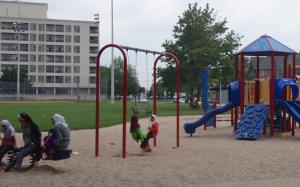 socializing, in the playground 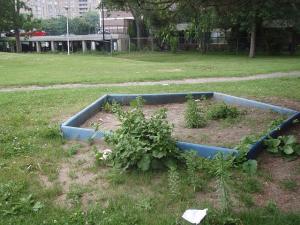 The perfectly good and relatively new Henderson play structure that was here before 2010 has been moved to the nearby RV Burgess Park, which had no play structure, and then a brand new KSL structure was installed in the empty place where the Henderson playground had stood. Certainly one of the strangest episodes in the Stimulus Project -- a bit like digging a hole and filling it in again. 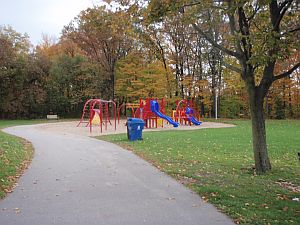 far view, another version of the old one 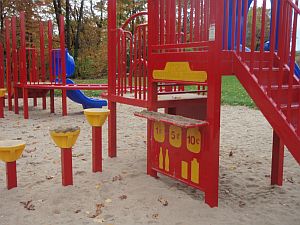