Most of the park is long and narrow, following a spring run-off watercourse that passes between sixties-era one- and two-story houses (some evidently replaced recently by larger houses that go almost to the property lines).

On a hot, sunny August afternoon, there was only one person -- a dog-walker -- in the whole long park. The park has no washrooms and almost no benches. 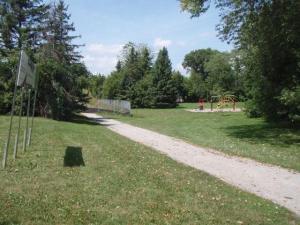 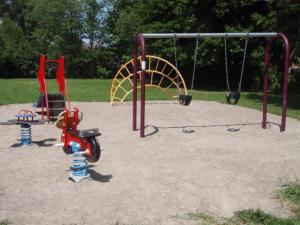 Blue Imp equipment -- to be replaced? 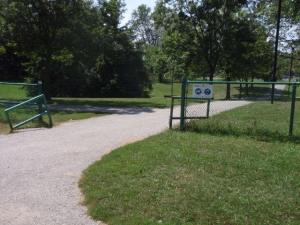 One of the park entrances, from the east 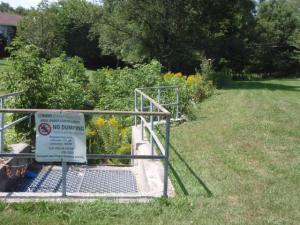 water channel and culvert, south part of the park 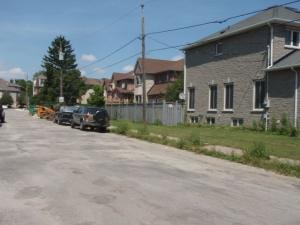 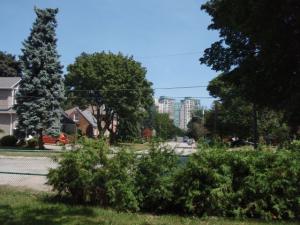 view from the park, to the east (Yonge Street) 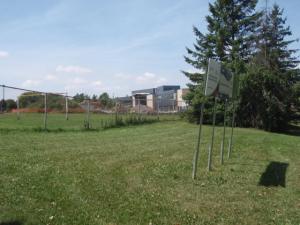 All installations are in, and plenty of them. Three cutting-edge playground equipment companies were used. The playgrounds are bristling with warning signs about appropriate ages. Can't find the original Blue Imp equipment any more, but the original swings seem to be there to the south of the big playing field. 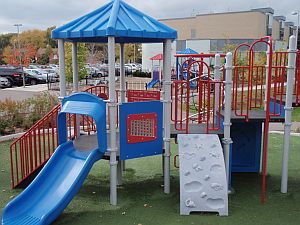 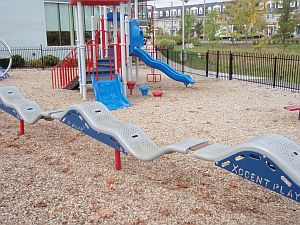 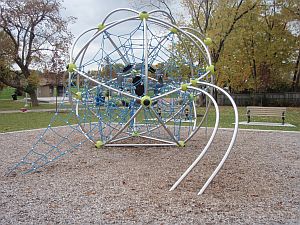 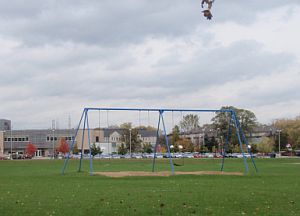