This playground has a large expanse of new sand, which looks as though it was added very recently and probably cost about $20,000. The other notable feature is the almost total absence of shade. On a hot sunny August afternoon, this meant that the kids playing there stayed under the equipment or over on one edge where there was a small areas of shade.

Although the playground work excel sheets we received through freedom of information are not clear on dates, one of the slides says "Paris Playgrounds, 2000," (by then owned by Little Tikes/Playpower) which would mean that this playground is set to be replaced after only 10 years. 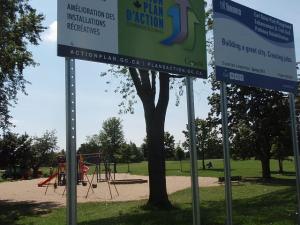 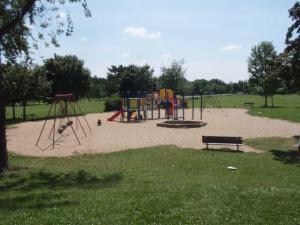 the current playground, no shade! 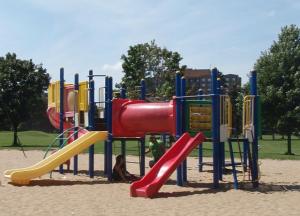 kids sit under the bit of platform shade 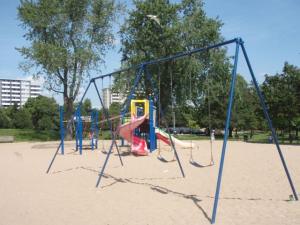 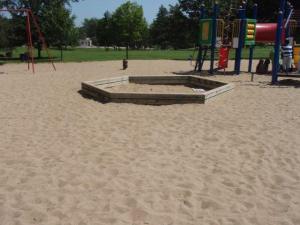 the "sandbox" appears to be an afterthought 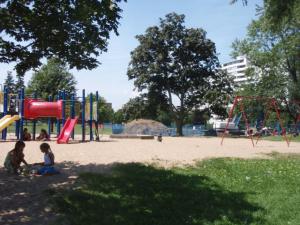 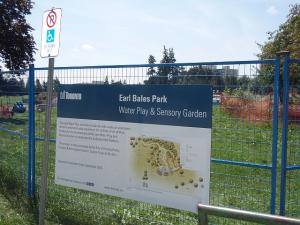 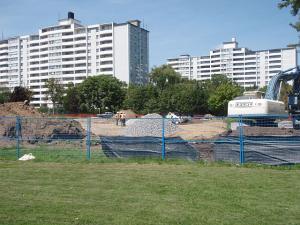 The sensory playground is showing lots of wear and tear and perhaps some neglect as well. 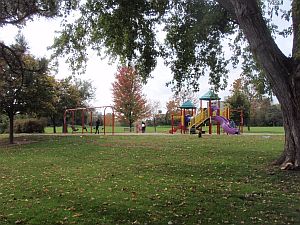 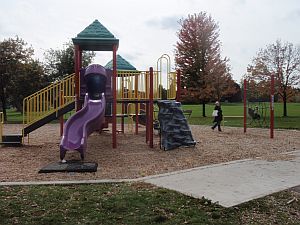 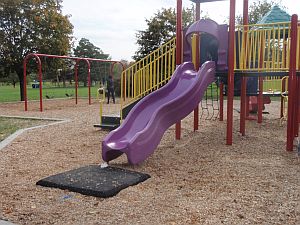 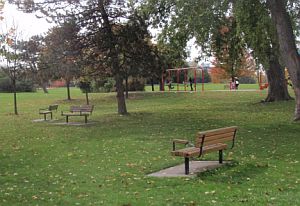 park benches facing away from each other 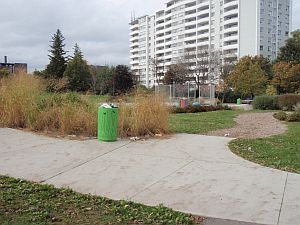 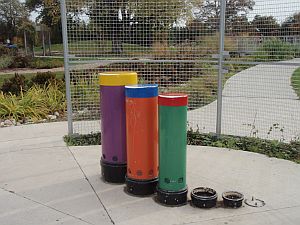